Statement from the Senior Vet of Currumbin Wildlife Hospital, one of the busiest wildlife hospitals in the world!

The Senior Vet of the Currumbin Wildlife Hospital, Dr Michael Pyne has issued a statement surrounding the current situation for wild koalas in Australia.

The Currumbin Wildlife Hospital is one of the busiest wildlife hospitals in the world, admitting 12 200 patients per year.
Alongside his team, Dr Pyne has facilitated the treatment of nearly 600 koalas this year.

Fires across Australia and the extended drought have had a huge impact on koalas and this has placed extra pressure on the hospital.
The current extended dry weather conditions and devastating fires have greatly impacted koalas pushing them closer to becoming extinct in large parts of Australia.

“The term ‘functionally extinct’ basically is suggesting that there aren’t enough koalas around to be able to survive into the future because their genetics just simply aren’t diverse enough but the truth is that there are options to be able to manage koalas,” Dr Pyne said.
Research and wildlife hospitals such as the Currumbin Wildlife Hospital will play a major part in saving this species.

“There is still plenty that can be done when it comes to managing disease and managing genetics to ensure the future of the koala,” Dr Pyne explained.

Currumbin Wildlife Hospital treats, rehabilitates and releases koalas daily, whilst also continuing to contribute to research to ensure the koala population for the future.

Managing koalas and research is an expensive exercise.  It costs $7000 to treat, rehabilitate and release just a single koala and the time to help is now.

Ember, pictured below, is one of the bushfire survivors rescued from the New South Wales bushfires in Whiporie. Ember was rescued by the organisation Friends of The Koala and was brought in to the Currumbin Wildlife Hospital suffering burns to footpads, smoke inhalation and dehydration. 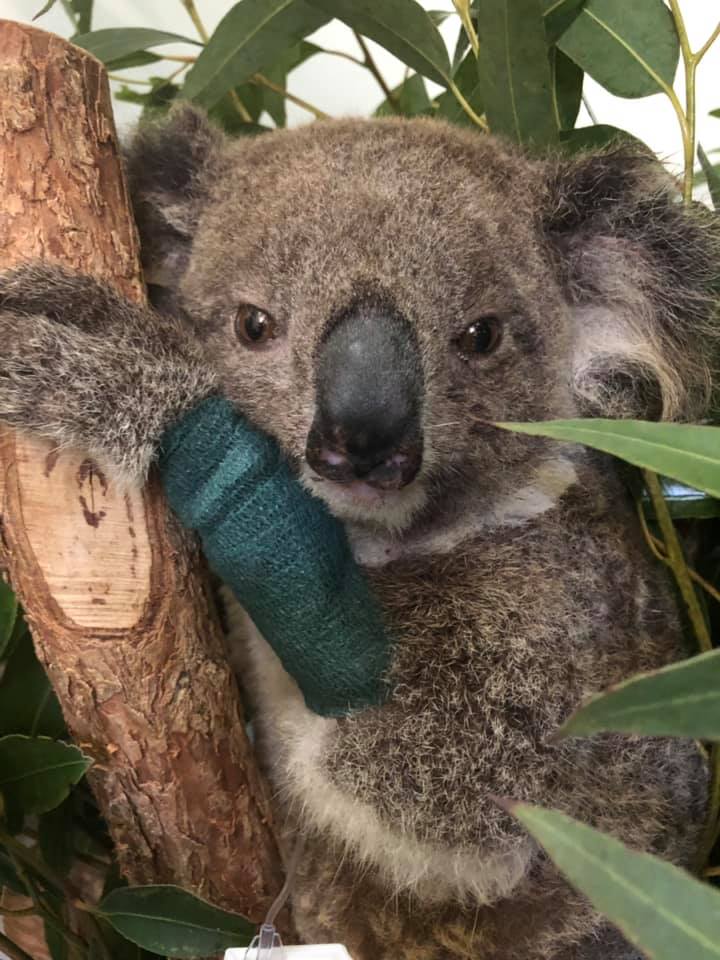