The newly emerged animal is a valuable addition to the captive population of Kroombit Tinkerfrogs currently housed at Currumbin Wildlife Sanctuary. Sporting dark spots and splotches, keepers have dubbed the newly metamorphosed froglet Jackson because of its resemblance to the Port Jackson Shark while metamorphosing from tadpole to frog.

The captive breeding program, raising critically endangered Kroombit Tinkerfrogs for release into the wild, aims to save the ancient species from extinction. 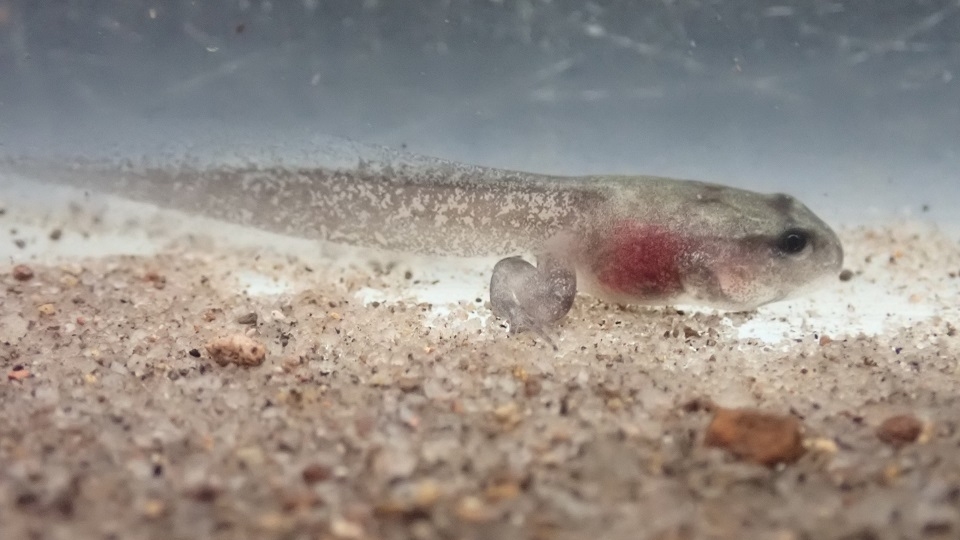 Michael Vella, Currumbin Wildlife Sanctuary’s Supervisor of Reptiles and Amphibians oversees the project in conjunction with the Queensland Parks and Wildlife Service and Dr Ed Meyer, a leading authority on frogs. The species was first collected from the wild in 2018, and it took years of hard work before the team saw success.

In late 2020, Currumbin Wildlife Sanctuary celebrated the emergence of the first ever captive-bred Kroombit Tinkerfrog – a female named Katie. Since metamorphosing, this young female frog has grown steadily and attained a weight of 1.6g - a little under half the weight of an adult female Kroombit Tinkerfrog. 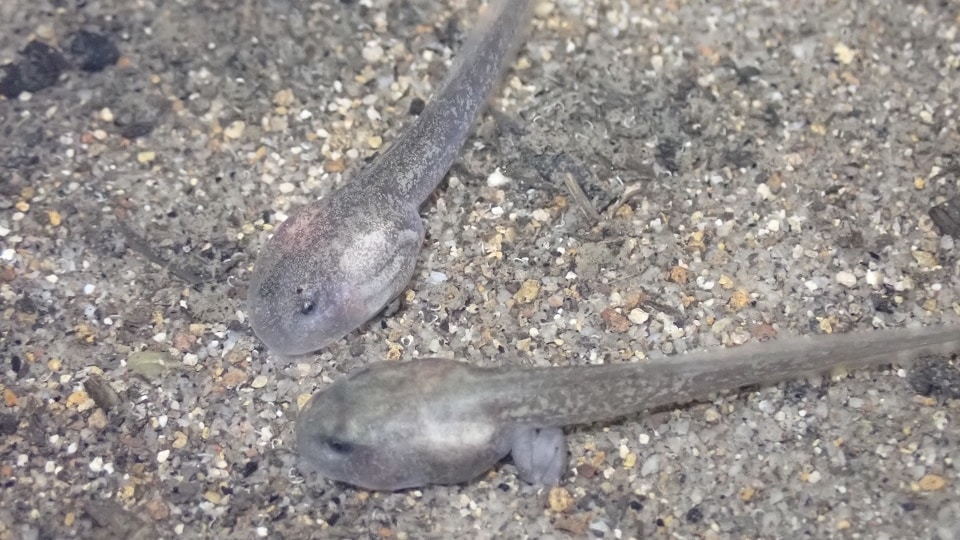 Jackson, who has just completed metamorphosis, currently weighs a mere 0.3g and measures just 1cm in length. It will take some time (about 18-24 months) before Jackson reaches adult size, by which time he’ll have attained a length of 4cm.

Jackson is the first of a large cohort of healthy Kroombit Tinkerfrog tadpoles likely to metamorphose in the next few months. As Reptiles and Amphibians Supervisor Michael Vella explains, We have managed to raise around 90 tadpoles many of which are starting to grow hindlimbs already.