10 Facts About the red panda:

Which of our furry mammals eats bamboo leaves, grows to be about 60cm and detects different scents using their tongue? You guessed it, the Red Panda! Here at Currumbin Wildlife Sanctuary, we are taking care of two very special little guys who have seemingly become very confident, popular and entertaining residents.

Red Pandas are both striking in appearance and endearing in nature. Our copper-coloured friends with feline-esque features are beautiful creatures that have a shy but very sweet temperament and relish in their solo life. They roam freely from dusk until dawn, keeping out of trouble and minding their own business. When ready for a nap, they typically perch themselves high in forests as they sleep aloft.

Unique-looking as they may be, the Red Panda has a rather extraordinary family history as they belong to two separate species - this explains why their make-up is so rare and unusual. Not only are our bushy-tailed mates lucky enough to be related to both the panda and racoon families, but they actually belong to their own tribe which we refer to as the Ailuridae. This means they are not in fact a Panda at all, despite being named after one. Talk about modern family in the animal kingdom!

Now before we reveal any more plot twists, let’s get more acquainted with these fuzzy-wuzzy, roly-poly, round-eyed companions by learning ten interesting facts.

For decades, Zoos all around the world have been caring for Red Pandas and preserving their heritage. However, in the wild, Red Pandas dwell in high altitude forest habitats such as the Eastern Himalayas, Southwestern China and Northern Myanmar.

2. Their tail can almost be as long as their body

While an adult Red Panda grows to be around 60 centimetres in length, their tail can grow to around 50 centimetres. This makes curling up at night with a warm, furry blanket very convenient!

The lifespan of a Red Panda is on average ten years. Approximately eight years when in wildlife and up to fourteen years when being looked after in an established conservation facility such as Currumbin Wildlife Sanctuary.

4. They Eat A Plant-Based Diet

Forget fish or chicken. Our Red Pandas stick to an omnivore orientated meal plan. They love to eat bamboo, fruit, roots, eggs and small insects. I guess we won’t be running into any of them at the meat section of your local grocer. 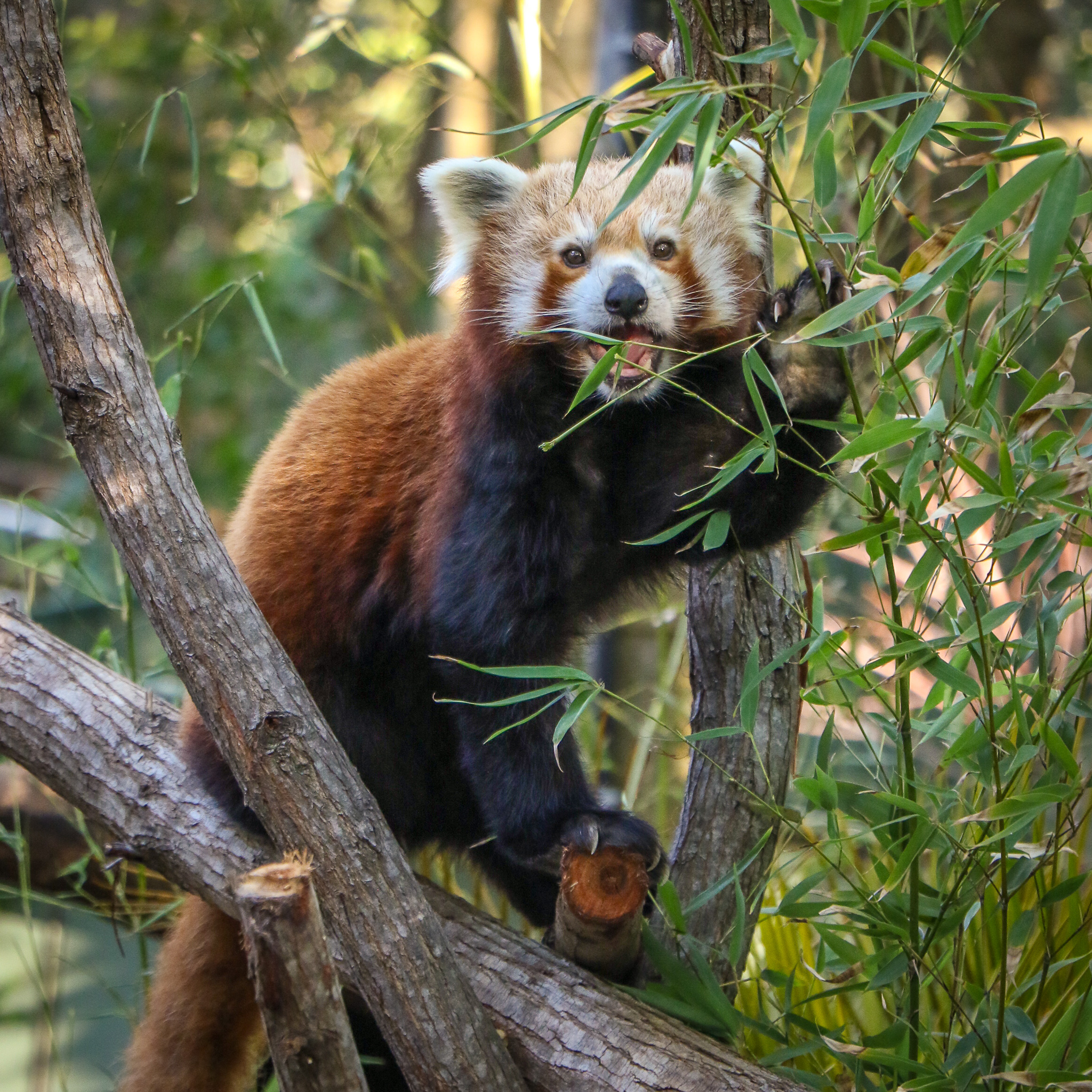 If you think sleeping in until noon on a Sunday would be considered a decent lay in, then think again. Red Panda cubs don’t open their eyes until eighteen days after they are born. Let’s hope their hard working mum’s get some decent RnR after their cubs rise and shine.

Red Pandas weigh close to ten kilo’s - this is only 5% of what a Giant Panda weighs. Their active nightlife and healthy diet sounds like it definitely works wonders for our flame-coloured, furry friends. 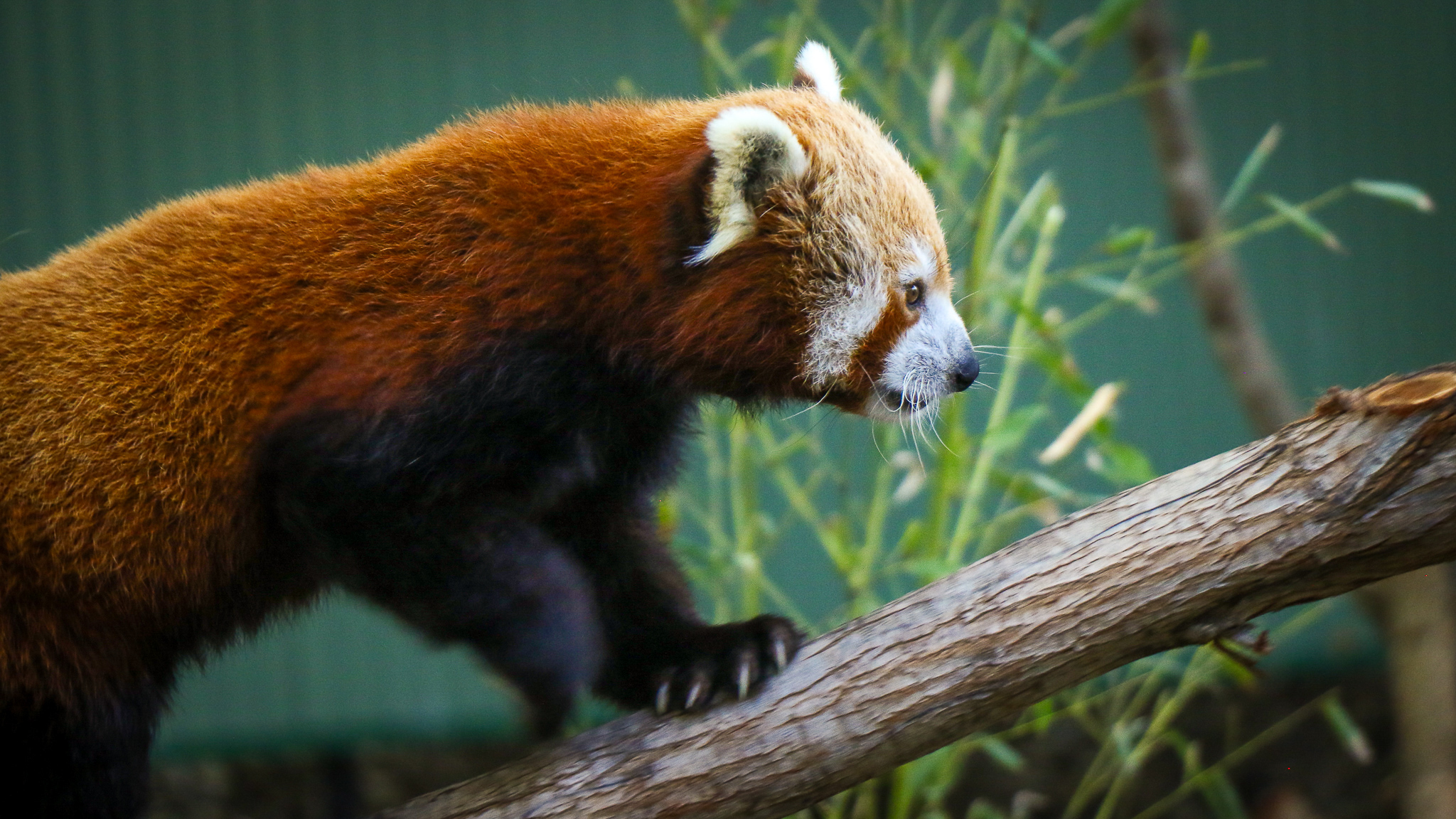 7. The Red Pandas Superpower is Smell

Red Pandas recognise each other by using their sense of smell. Imagine answering the door and determining who the person was by giving them a quick sniff.

9. An Internet Browser is named after the Red Panda

In 2010, the Red Panda sparked the rebrand of internet browser, “Mozilla”.  After an unsuccessful attempt for the take-over of another name, the company settled on “Firefox” which is an alternative name for “Red Panda”. Following this, the newly branded company adopted two newborn red pandas who were, at the time, residing at the Tennessee's Knoxville Zoo.

Sadly, Red pandas are currently a threatened species and are facing deforestation. Unfortunately they are listed as vulnerable but sadly their numbers are decreasing in the wild due to fragmented habitat and poaching.  If agricultural pursuits such as logging continue to increase, so too does the probability of Red panda extinction. That is why we are working to protect the remaining 10,000 left in this world through awareness and conservation. Currumbin Wildlife Sanctuary supports sixteen conservation projects including the Red Pandas. While our Sanctuary is temporarily closed as a result of adhering to government regulations in our current climate, our Currumbin Wildlife Hospital remains open daily to treat sick and injured wildlife.

Unfortunately, necessary funds through ticket purchases has been minimised as a consequence. There is actually a way to still help. By making a donation through the Hospital or adopting an animal. Or buy an annual membership when the Sanctuary reopens to allow you to visit our furry, scaly and feathered friends as many times as you like throughout the year, whilst contributing towards wildlife conservation projects.

We look forward to seeing you soon. Please stay tuned and watch our Facebook page for updates. 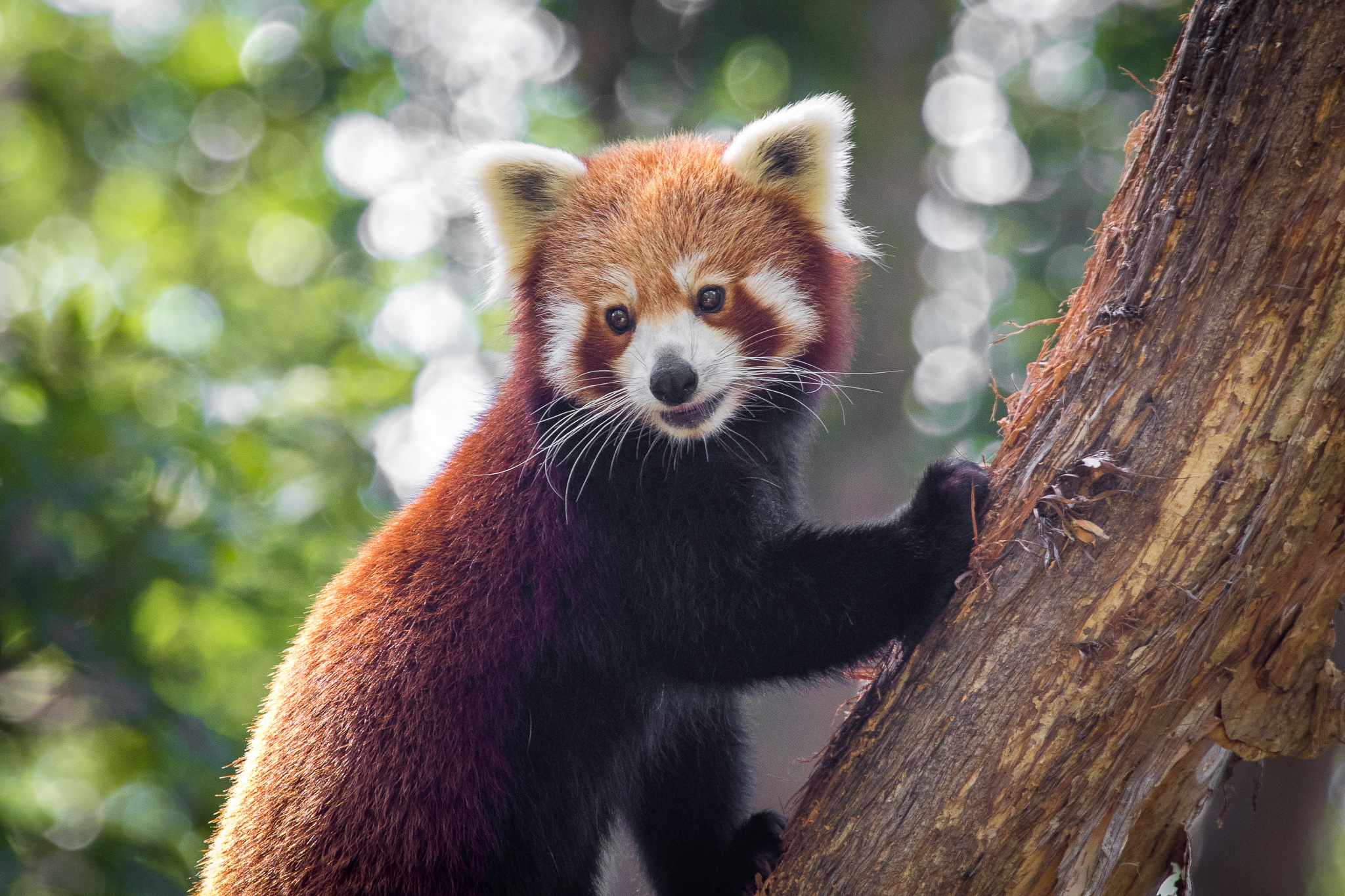