The Kroombit Tinkerfrog (Taudactylus pleione) is listed as critically endangered and is currently known from only 12 small patches of rainforest totalling 596 hectares at Kroombit Tops National Park, located south-west of Gladstone in South East Queensland. There are potentially less than 300 individual frogs of this species in existence today.

The 12 populations fall within an area of about 3000 hectares. Currumbin Wildlife Sanctuary staff have been ‘out in the field’ with Queensland Government representatives assessing habitat and monitoring the population of the Kroombit Tinkerfrog. Despite many years of targeted research the eggs and tadpoles have never been observed.

One of the main threats to this frog’s existence is infection from a frog-specific chytrid fungus. This pathogen has spread to many parts of the world and is thought to be the main contributor to the disappearance of around 200 amphibian species since the 1980s. Currumbin Wildlife Sanctuary was the first institution in the world to house and breed a Taudactylus species in captivity. Important information was collected about the care and breeding of the Eungella Tinkerfrog (Taudactylus liemi) making us well-placed to start recovering the critically endangered Kroombit Tinkerfrog. 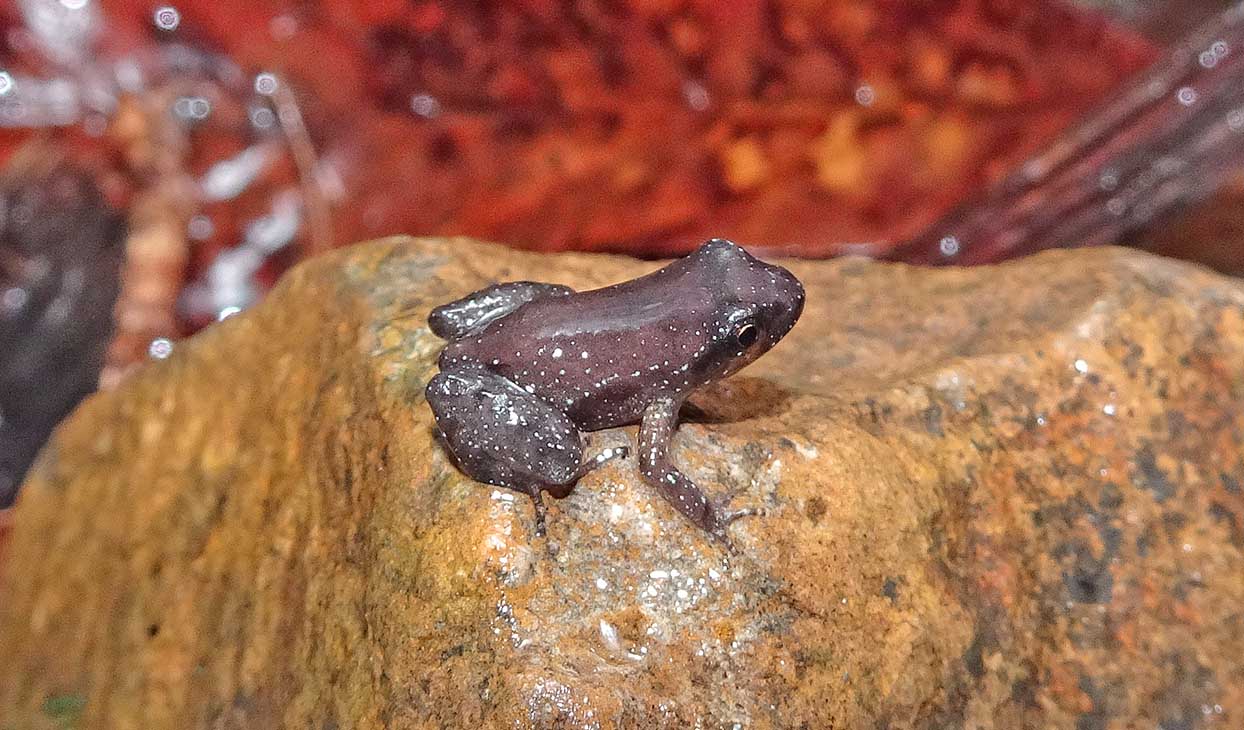 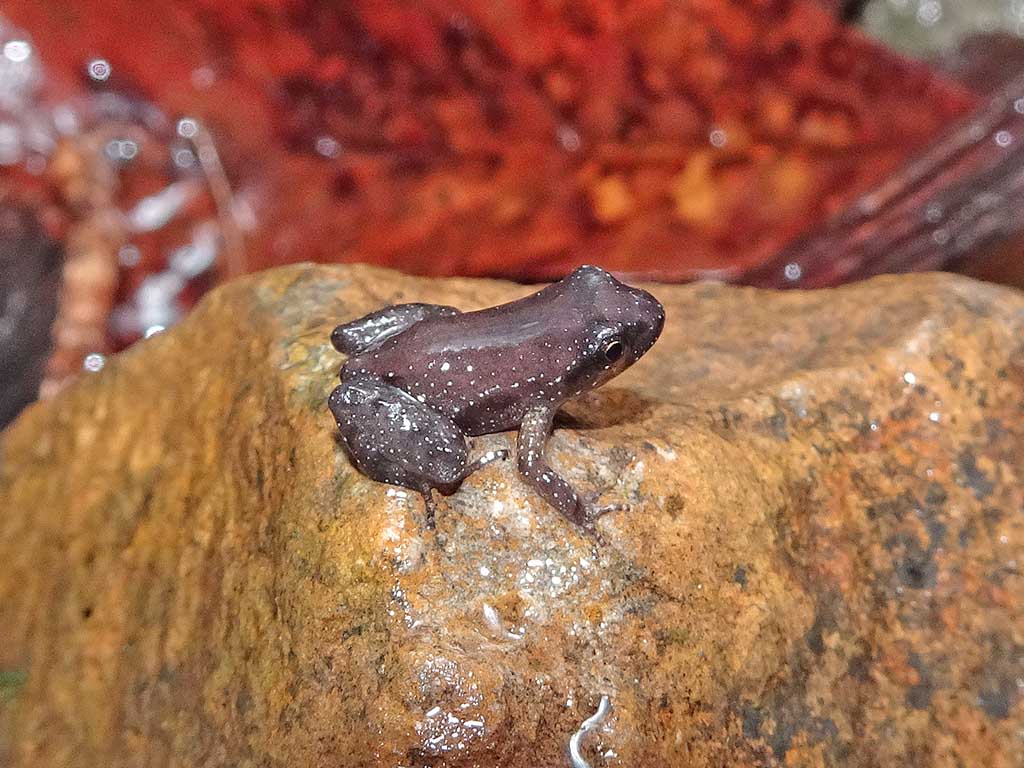 Tinkerfrogs got their name from their unique ‘tink, tink, tink’ sound. It sounds like two tiny pieces of metal being hit together.

Thank you to H.B Hines QPWS for this audio and Ed Meyer for the image

YOU CAN FIND
ME AT S5

Since spring 2018, Currumbin Wildlife Sanctuary Team members have been introducing pairs in a captive breeding program to release to the wild as part of a threatened species program. 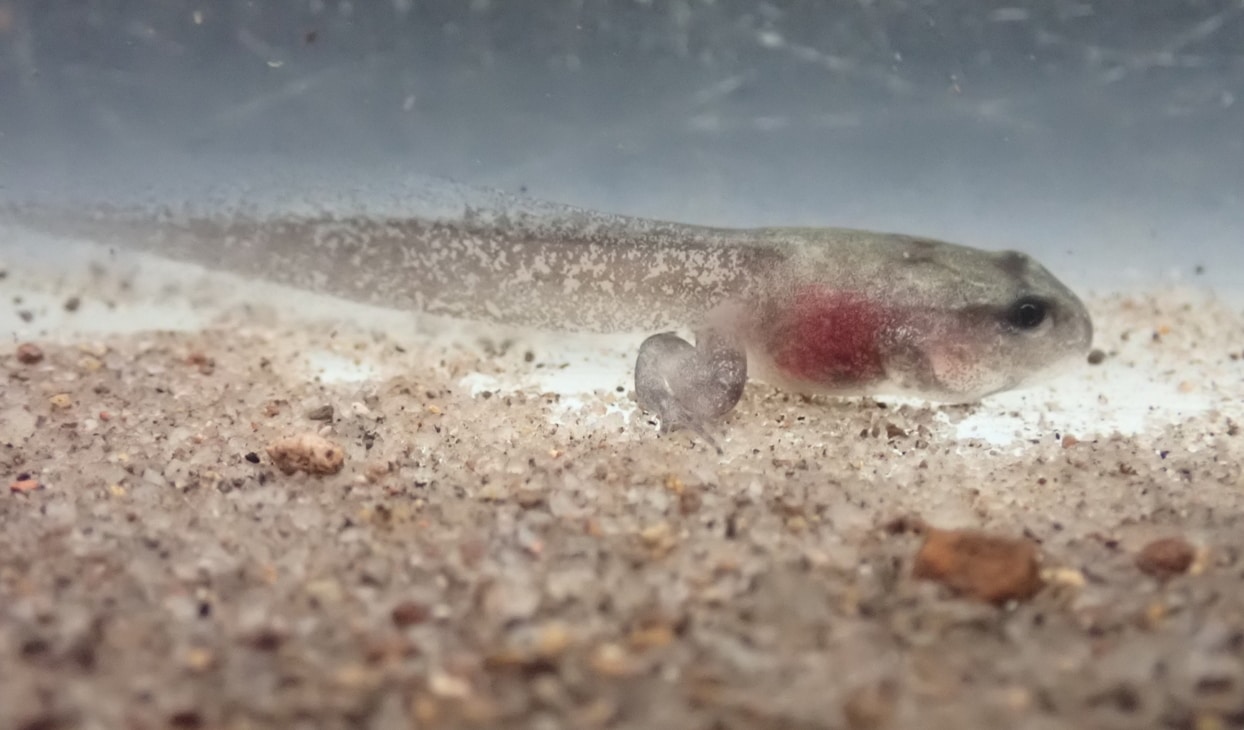 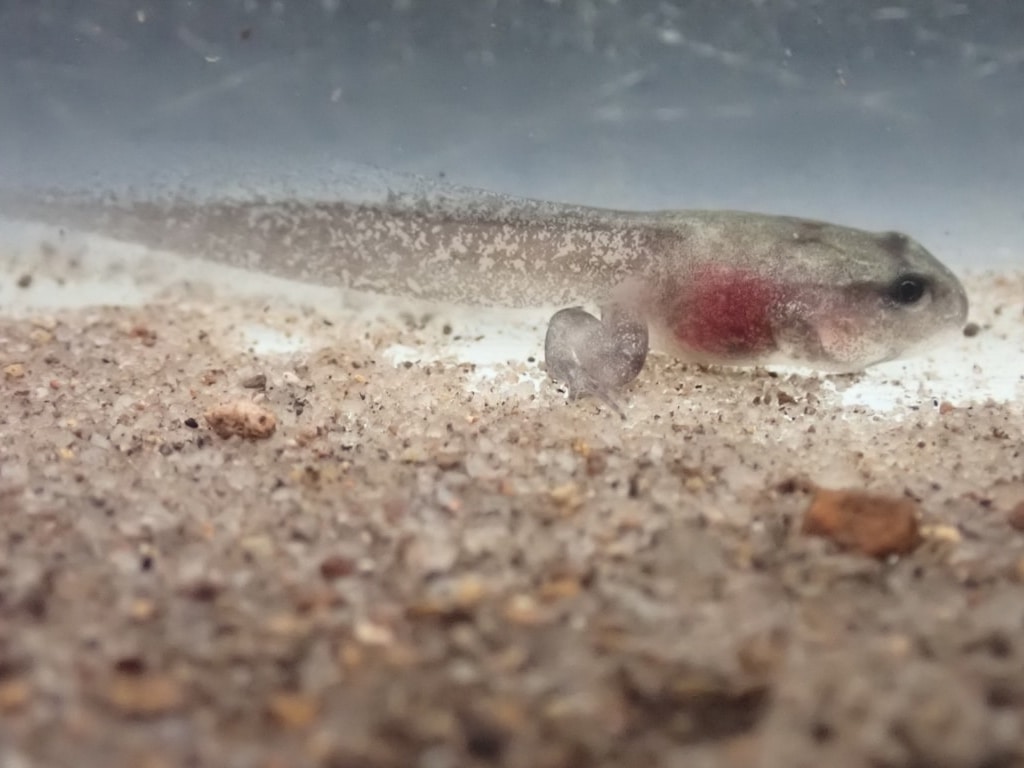 Currumbin Wildlife sanctuary keepers are now seeing the fruits of their labour in the form of lots of tiny little Kroombit Tinkerfrog babies.

Since the first spawning event in 2020, which allowed us to see this species in the early part of their life cycle for the first time ever, we have successfully raised over 100 tadpoles, many of which have already completed metamorphosis into froglets measuring to a miniscule 1cm in length.

Once they reach adolescence in about 1 year, these captive bred frogs will be released at Kroombit Tops National Park in an effort to bolster existing populations of the species and re-establish the species to parts of the National Park where they already become extinct.