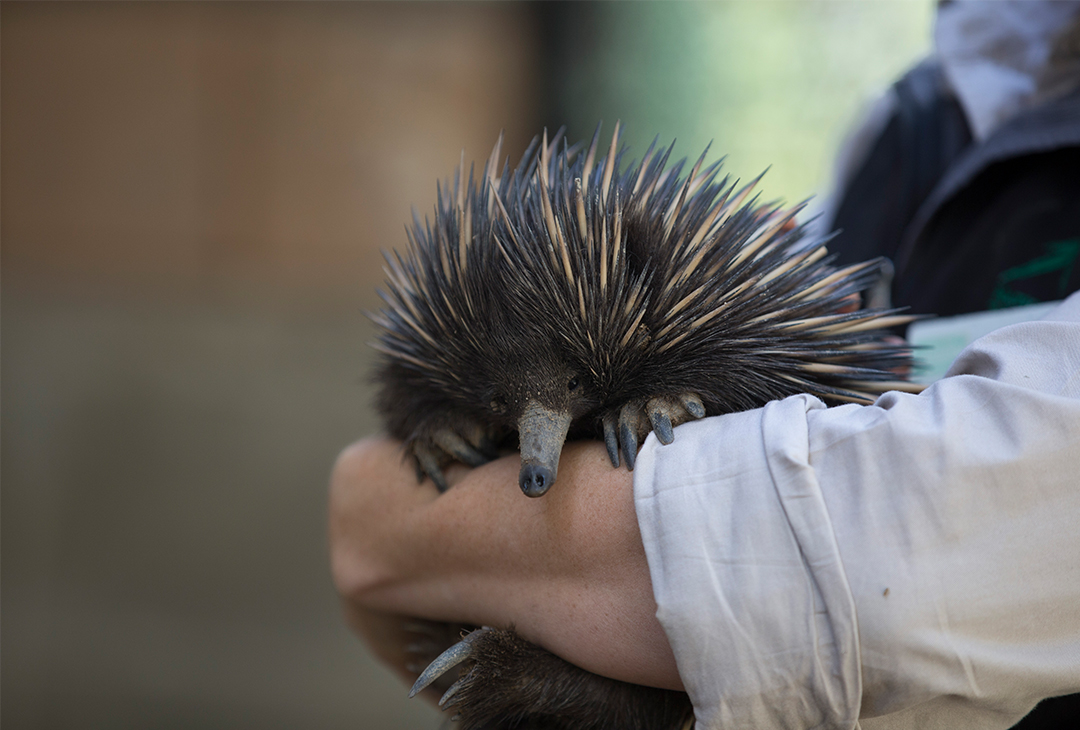 It’s renowned as one of our most iconic Aussie animals – characterised by an adorable waddle, spiky exterior, and shy disposition – but how much do you really know about the echidna? If you’re looking to sharpen up on your echidna fast facts, Currumbin Wildlife Sanctuary has prepared a few to get you started. Read on!

1. They are an egg-laying mammal

These prickly little guys evolved between 20 and 50 million years ago, but are still considered quite enigmatic by researchers and scientists. This species of monotremes (a unique, egg-laying mammal) is one of 3 in the world! (And in case you’re wondering, the only other is the platypus.) 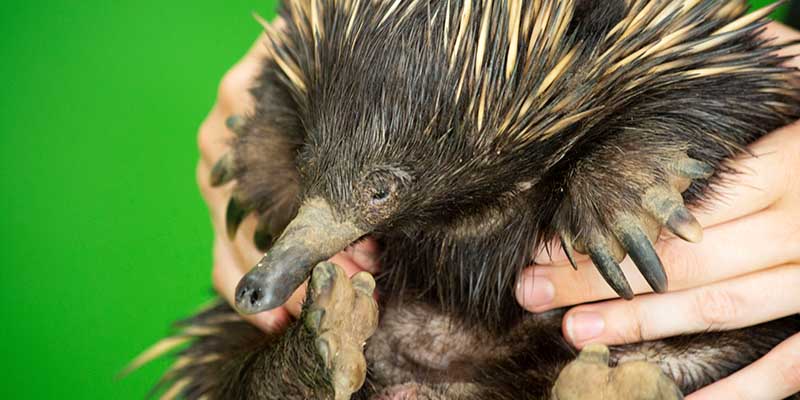 2. There are two types of echidnas

3. They are named after the Mother of Monsters

These unique characters were actually named after “Echidna” – a creature from Greek mythology who was renowned as the “Mother of Monsters”, believed to be a half woman, half snake. Why, you ask? Well, the animal was perceived by scientists early on to have both reptilian and mammalian features – just like their namesake.

4. They have toothless jaws

Believe it or not, echidnas have toothless jaws… yep, that’s right – not one single tooth. Instead, they put their slender snouts and strong claws to work, tearing open logs, ant hills and other food sources, then use their long sticky tongues (we’re talking 15cm long!) and pads on the roof of their mouth to break down their food. Speaking of which, these guys love nothing more than a satisfying meal of ants, termites, worms and insect larvae – and have been known to eat roughly 40,000 per day!

5. Their body temperature is the second lowest out of all mammals

Of all the mammals in the world, echidnas have the second lowest body temperature (after the platypus), which is good news for their life span – on average, they’ve been known to live for up to 50 years in captivity, and 45 years in the wild. This is primarily attributed to their low body temperature and oh-so-slow metabolism. 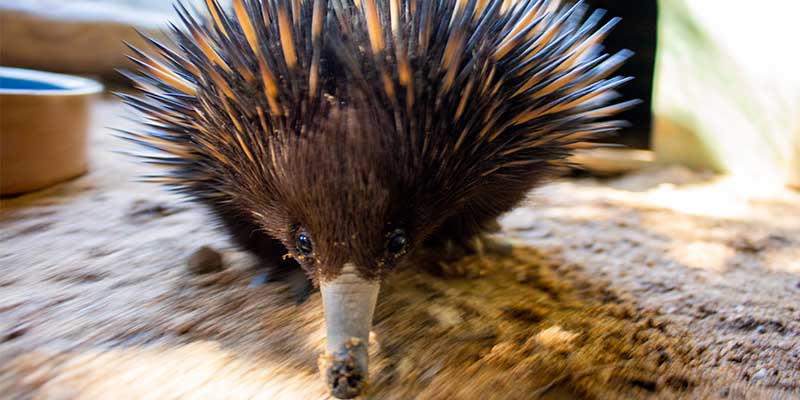 These spiky little creatures don’t like to go anywhere in a hurry… haste is certainly not an echidna’s strong suit. In fact, they have a maximum speed of 2.3 kilometres per hour, but are more likely stick to a leisurely dawdle of 1 kilometre per hour. We’ll forgive them though, as that waddle is just too cute for words.

7. They stay in the pouch for 7 weeks

As mentioned earlier, echidnas fall into the extremely rare category of monotremes – quite the anomaly and different to any other mammal as they lay eggs and have no teats. Once a female echidna lays the egg into her pouch, it will hatch after roughly 10 days of incubation – coming out the size of a jellybean, blind and hairless! It’s in their mother’s pouch that they spend the first seven weeks post-birth, and are left in a burrow when the puggles become too big and prickly as their spines start developing. When it comes to mealtime, puggles are fed through special glands in their mum’s pouch called milk patches. 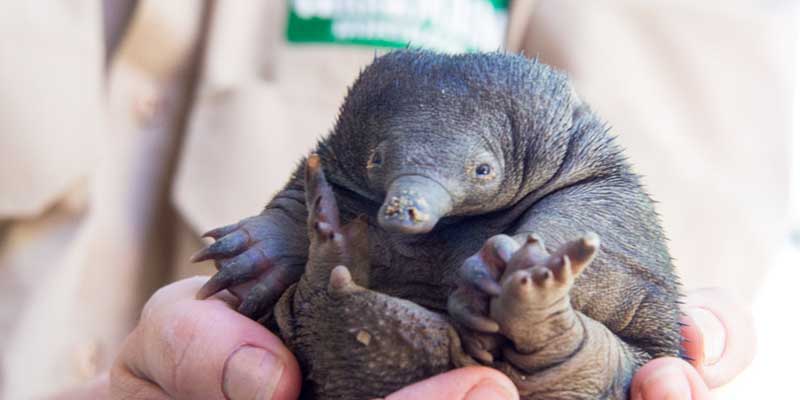 8. Echidna’s curl up into a ball when they become frightened

Appearances can be deceiving when it comes to the echidna… while they might look fearsome lending to their spiny exterior, these animals are actually quite shy, on the contrary. When confronted by a predator or become frightened, they’ll typically curl up into a ball, tucking in its snout and legs – both hiding and protecting themselves with an armour of spikes. However, their spines are no match for dogs and cars.

9. They are ‘ecosystem engineers’

Did you know that echidnas are often referred to as ‘ecosystem engineers’? While they might not seem the most active of animals, they spend an incredible amount of time digging and moving soil – with a study showing this to be an average of 200 cubic metres of soil each year, per echidna! By turning over so much, this improves soil mixing and water penetration, reduces run-off and erosion, and ultimately makes for healthier soils, which can lead to plant growth. It’s fair to say these guys are environmentally minded!

10. They are helping to save the endangered Long-beaked Echidna

Currumbin Wildlife Sanctuary has worked collaboratively with the University of Queensland on a successful research project over the past 15 years focused on echidnas and their reproduction. This has resulted in the breeding of 19 puggles and total of 25 Short-beaked Echidnas at Currumbin Wildlife Sanctuary to date –  one of the only zoos in the world to have achieved this”. This work will continue over the next three years, thanks to an Australian Research Council Grant, which will assist with the long-term goal of saving the endangered Long-beaked Echidna of Papua New Guinea.

Enjoy an up-close encounter with one of the gorgeous Short-beaked echidnas that call Currumbin Wildlife Sanctuary home.