Never smile at a Crocodile

The saltwater crocodile is the largest living reptile on earth. Male saltwater crocodiles can grow to be over 6 metres long and some unconfirmed reports have found some to be 8 metres long. Being a predator, these crocs wait patiently beneath the water’s surface where they sense an animal approaching. With their powerful tail and jaw they thrash from the water to grab their prey.

‘Boss Hogg’ is Currumbin Wildlife Sanctuary’s resident male saltwater crocodile – reaching almost 5 metres in length and weighing about 800 kilograms! This saltie was caught in the mid 1980s from far north Queensland after he killed a Brahman stud bull worth over $10 000. Boss Hogg now gets fed smaller meals, allowing one brave guest to give him his daily feed. 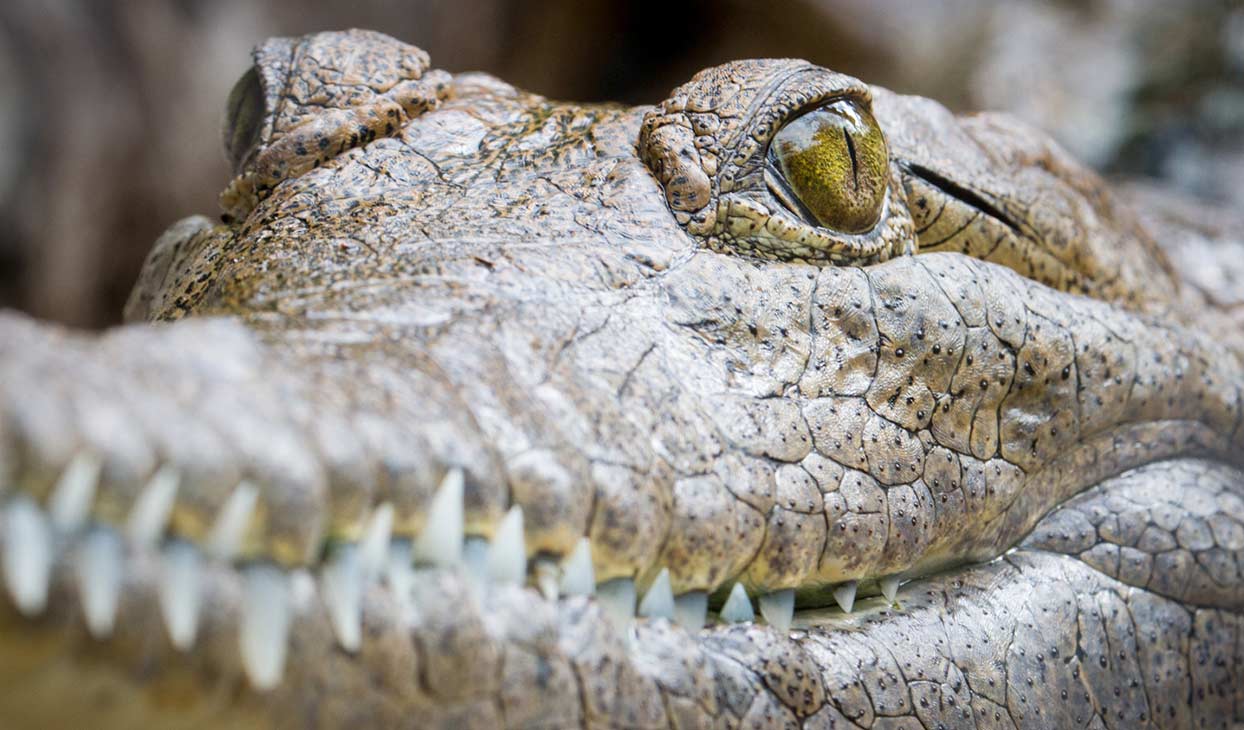 When a croc sits with its mouth open, it’s trying to increase it’s body temperature by exposing capillaries in the mouth (which are close to the skin) to direct sunlight. They will also do this in shade or wind to help cool their body temp.

DISTRIBUTION
North Coast of Australia and throughout Indo-pacific region

GESTATION
Egg laying, Salt water croc incubation can vary between 65 and 114 days depending on nest temperatures

To read the full statement please