The disease killing our koalas may mean they will not be around in 20 years.

Dr Michael Pyne,  senior veterinarian at Currumbin Wildlife Hospital discusses the plight of Koalas and the disease that is killing them.

There is a disease killing South-East Queensland’s Koalas and one of the world’s busiest wildlife hospitals is trying everything they can to help prevent the losses. It has gotten so dire that Koalas are now listed as a vulnerable species in Queensland and New South Wales.

Currumbin Wildlife Hospital – part of the Currumbin Wildlife Sanctuary – already treats over 12 200 sick or injured wildlife every year. But last year, nearly 600 Koalas were admitted to hospital to be treated for Koala chlamydia – a disease that spreads rapidly and is often fatal if not treated – that’s compared to just 25 Koalas a decade ago. Eighty percent of the Koalas admitted were suffering from the disease.

“This is a huge problem,” Currumbin Wildlife Hospital senior veterinarian Michael Pyne says. “And it’s not going to go away unless we can get more of our Koalas vaccinated.”

While there is a vaccine and antibiotics for Koala chlamydia, treating infected Koalas is no easy – or cheap – task. Koalas are extremely sensitive to any type of medication, so vets have to take extra care. Every Koala that comes into the hospital must have a general anaesthetic to have a full ultra-sound, x-rays and blood and bone marrow tests to see if they’re suffering from the disease.

“In the absolute simplest case, if we catch the disease early, the quickest we can release an infected koala back into the wild is five weeks,” Pyne says. “Unfortunately, with Koalas these usually aren’t simple cases, they’re a very complicated creature. So this process costs a lot of money, we’ve worked out that an average Koala costs $6000 to vaccinate and return it to the wild.”

You do the maths on that: 500 Koalas per year at $6000 means the hospital really needs your help. Its 120 volunteers are the backbone to the operation behind their hard-working team of veterinarians – but a lack of money will lead to less Koalas being vaccinating, risking the disease spreading even more rapidly.

“Koala chlamydia is here to stay,” Pyne says. “We’re not going to suddenly eliminate it, but vaccinating is part of ongoing management to save Koalas. If we can vaccinate a certain percentage of Koalas, our model shows we should be able to get the numbers back up so they’re off the vulnerable species list. Because the next point on that list is endangered and we really don’t want that. There will be areas around here that don’t have any Koalas left in 20 years if we don’t manage this now.”

Funding through your donations is the biggest priority right now for the hospital. But people should also remember to help Koalas in other ways. Always slow down when you drive past a Koala Crossing sign. Pyne says Koalas tend to cross at the same places so the signs are a true indication of danger. He also recommends people in areas with Koala populations should keep their dogs in at night as Koalas often stray inside backyards, and to record sightings of Koalas every time you see one. Follow the link to the Gold Coast City Council’s site (www.gchaveyoursay.com.au/koalas/survey_tools/reportakoala). 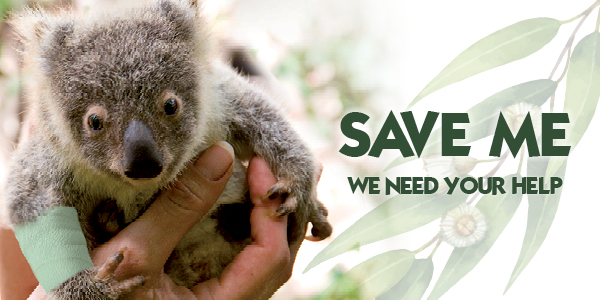